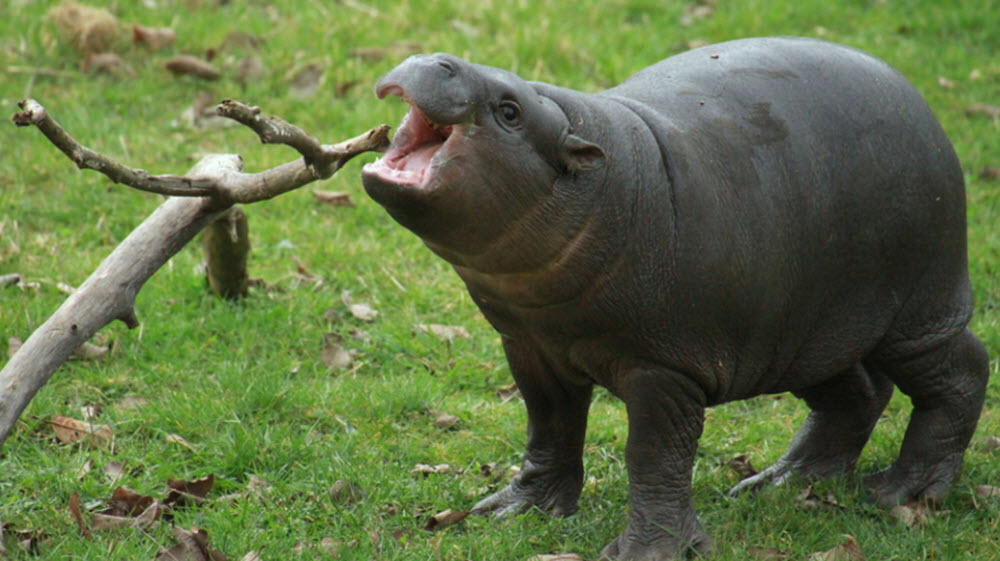 The Pygmy hippopotamus (Hexaprotodon liberiensis) is a small hippo native to West Africa, where it lives in forests and swamps. It is chiefly found in Liberia, but small populations also exist in Sierra Leone, Guinea, the Ivory Coast.

While the Common hippo (Hippopotamus amphibius) has been well-known and even famous in Europe and Asia since antiquity, the Pygmy hippo was generally not known outside its native range until the 1800s, and early field reports misidentified the animal as a wild hog. The species was finally scientifically described in 1843 by Samuel G. Morton.

Within its native range, many weird and wonderful stories are told about the elusive Pygmy hippo. According to one such myth, this small hippo carries a bright diamond in its mouth to help it travel through the forest at night. During the day, the diamond is stored in a secret hiding place.

How big is a pygmy hippo?

The pygmy hippo is usually 75-100 cm high at the shoulder and weighs 180-275 kg. This is roughly half the height of a Common hippo and just a quarter of the weight.

A bit more terrestrial than its bigger relative

Just like its bigger and more famous relative the Common hippo (Hippopotamus amphibius), the Pygmy hippo is semiaquatic, albeit a bit more adapted to life on land than its big cousin. For instance, the pygmy hippo’s back slopes forward instead of being parallel to the ground, probably an adaptation that comes in handy when moving through dense forest vegetation. The pygmy hippo also has narrower feet with more spread out toes and less webbing – feet more suitable for walking on the forest floor than for moving around in the water.

Notably, both the Common hippo and the Pygmy hippo can close their ears and nostrils to prevent water from entering when the hippo is submerged.

The skin of the pygmy hippo consists of a comparatively thin epidermis that covers several centimeters of dermis. The pygmy hippo must spend a lot of time in the water, otherwise, the skin will dry out and crack.

The skin is brown to greenish-black on the upper body and creamy gray below.

A special secretion is known as “blood sweat” gives the body a pinkish tinge. It is actually not blood nor sweat – it is a secretion consisting of hipposudoric acid. Hipposudoric acid contains a red pigment and is believed to have both antimicrobial and sun-protective properties.

How long can a pygmy hippo live?

We still know very little about the wild pygmy hippos, and more research is needed to find out about their average and maximum lifespan in their native range. In captivity, they tend to live for 30-55 years. In the wild, the life of a pygmy hippo is probably shorter than this. 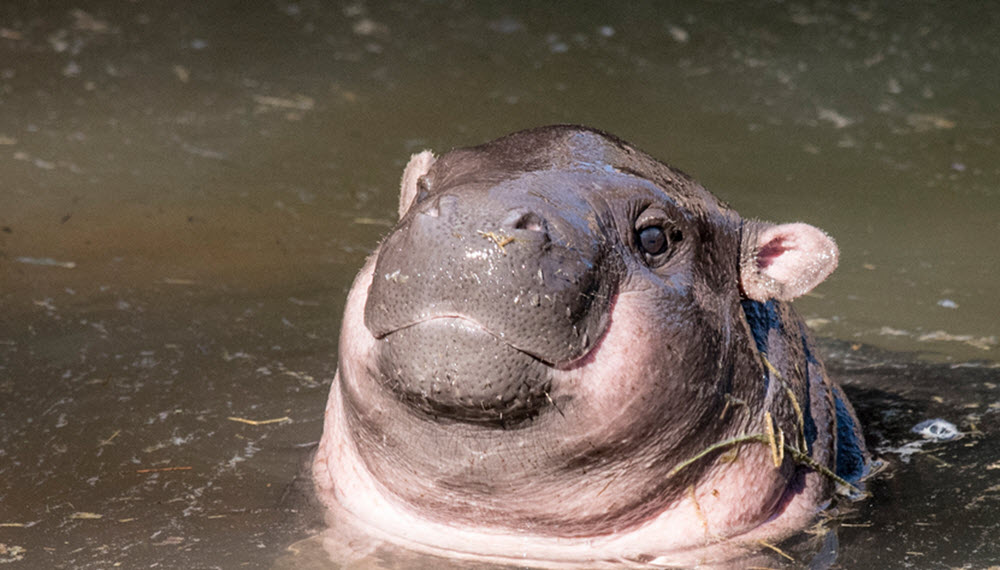 What does a pygmy hippo eat?

The pygmo hippo is an herbivorous animal that leaves the water at night to forage for food, typically moving along game trails in the forest. It feeds chiefly on broad-leaved plants, ferns, and fallen fruits.

The IUCN 3.1 lists the Pygmy hippo as Endangered.

In the late 2000s, IUCN estimated that there were fewer tan 3,000 Pygmy hippos remaining in the wild.

The main threat to the species is loss of habitat due to logging and forests being converted to farm land. The Pygmy hippo is also illegally hunted for its meat.

Many of the localities where Pygmy hippos live are socio-politically unstable and plagued by violent conflicts that can damage the hippo population. 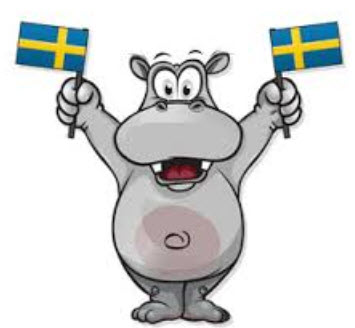 As a Casino Mascot

The Pygmy hippo was the mascot for the now-closed PlayHippo Casino.  PlayHippo was a popular casino on the Scandinavian and international market until the casino closed down in late 2018. All players who used to play in PlayHippo was moved to the Fantasino casino. Both casinos were operated by the same company, EveryMatrix Software Ltd, and the official reason behind closing PlayHippo was to be able to offer the best possible gaming experience. EveryMatrix Software Ltd believed that they could offer a better gaming experience in Fantasino casino.

If you want to try online casino gambling then I recommend that you avoid both of these casinos and instead choose to register with BGO casino.  I find it to be better. They offer a great bonus and a large selection of good casino Games.  BGO Casino accept players from all over the world except for a few restricted areas where local law prevent them from offering their services.  One large advantage of choosing BGO casino is that they are licensed by the UK gambling provision which I personally find more reassuring than a licenses from Cyprus and Malta. BGO casino is my favorite casino and one of the best in the world in my humble opinion.

Comments Off on Pygmy hippopotamus