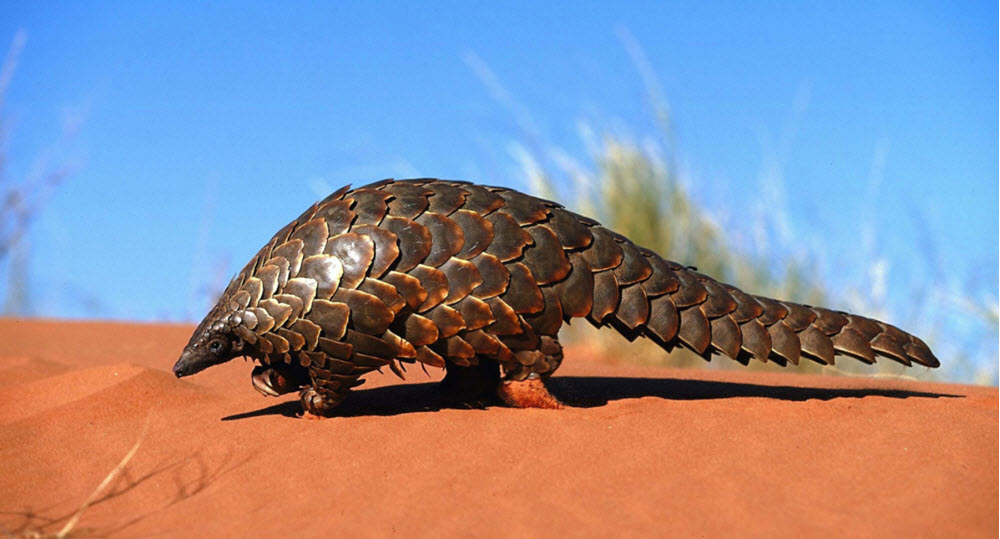 The Giant pangolin (Smutsia gigantea) is the largest of the all the pangolins, and the males can reach a lenght of roughly 140 cm. Females stay somewhat smaller and typically grown no longer than 125 cm. The heaviest S. gigantea ever weighed and recorded weighed 33 kg.

The body of the giant pangolin is protected by big scales which consisting of keratin – the same protein that human hair, nails and the outer layer of our skin is comprised of. The giant pangolin have a long snout and powerful front claws, which is an adaption to a diet consisting largely of ants and termites. The tongue is long and sticky – perfect for catching ants and termites. It can reach a lenght of 40+ centimetres!

When the pangolin walks on all fours, it puts its weight on its feet and on the outside of its wrists (it curls its palms to achieve this). This somewhat strange way of walking is probably because it needs to keep its claws sharp and avoid getting them entangled in things. The pangolin is also capable of walking upright, using its long and sturdy tail for added balance.

The IUCN 3.1 lists the giant pangolin as Vulnerable.

A notable threat is habitat destruction, including deforestation. The giant pangolin is also hunted as bushmeat and for the purported medical properties of its scales.

Where does the giant pangolin live?

The giant pangolin is endemic to the African continent, where it can be found in several different countries located on or near the equator, from West Africa to Uganda. The largest concentrations of giant pangolins have been reported from Uganda, Tanzania and the western parts of Kenya.

The giant pangolin inhabits forests and savanna environments, including rainforest. It wants to be where there are plenty of termites and/or ants to eat.

What does the giant pangolin eat?

Just like the other pangolins, the giant pangolin is an insectivore. It’s prefered food is termites and ants. It has no teeth and cannot chew, but it has a long and sticky tongue that it will use to catch an devour termites. The tongue can reach a lenght of over 40 cm.

The giant pangolin is known to tear open termite nests and anthills; both above and below ground. With its powerful front claws, and can tear nests apparts. When attacking a terminte mound, the pangolin will usually both lean on it (using its tail as support) and use its claws, and this combination of claws and push can make even a strong mound collapse. Young pangolins watch their mothers do this before they are heavy enough to do it themselves. 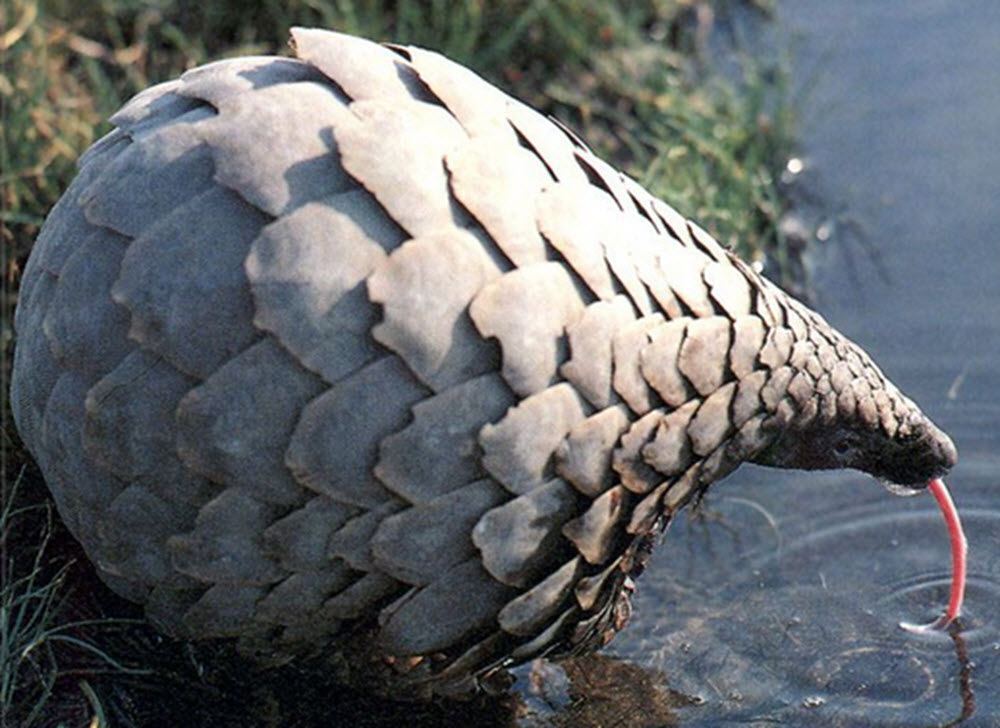 We still know very little about how giant pangolins reproduce. We do know that just as for other pangolins, the giant pangolins are born with soft scales that take some time to harden. A newborn giant pangolin is unable to walk; it can only move around on its belly.

Comments Off on Giant pangolin