In 2015, a new species of land snail were described by a research team working in Borneo, Malaysia. Measuring only 0.79 millimeter in size as an adult, Acmella nana is the smallest known snail in the whole world. The nana part of its name is an allusion to this; nanus is the Latin word for dwarf.

With its diminutive size, A. nana broke the earlier record attributed to Angustopila dominikae, a small snail native to China which can reach a size of 0.86 mm.

The Acmella nana is too small to be observed by the naked eye, so the researchers didn’t spot it out in the field. What they – a team consisting of two Dutch and one Malaysian biologists – did was to collect soil, litter and dirt from limestone cliffs and bring it to their microscopes.

They used sieves to separate larger particles from smaller ones in their samples, before putting the larger ones in a bucket of water. By stirring the water, they made clay and sand settle at the bottom while boyant snail shells floated up to the surface. The shells contained air pockets which made them boyant, and they could thus be skimmed from the surface and placed under the microscope.

All in all, 48 snail species were identified in the study.

Acmella nana was described by Vermeulen, Liew & Schilthuizen in 2015. The taxonomic description was published in the 2 November 2015 issue of ZooKeys.

(Jaap J. Vermeulen of the JK Art and Science in Leiden, Thor-Seng Liew of the Institute for Tropical Biology and Conservation at the Universiti Malaysia Sabah, and Menno Schilthuizen of the Naturalis Biodiversity Center in Leiden.)

The shell has two to three whorls.

The shell has an operculum, a type of opening that indicate that A. nana might possess gills. 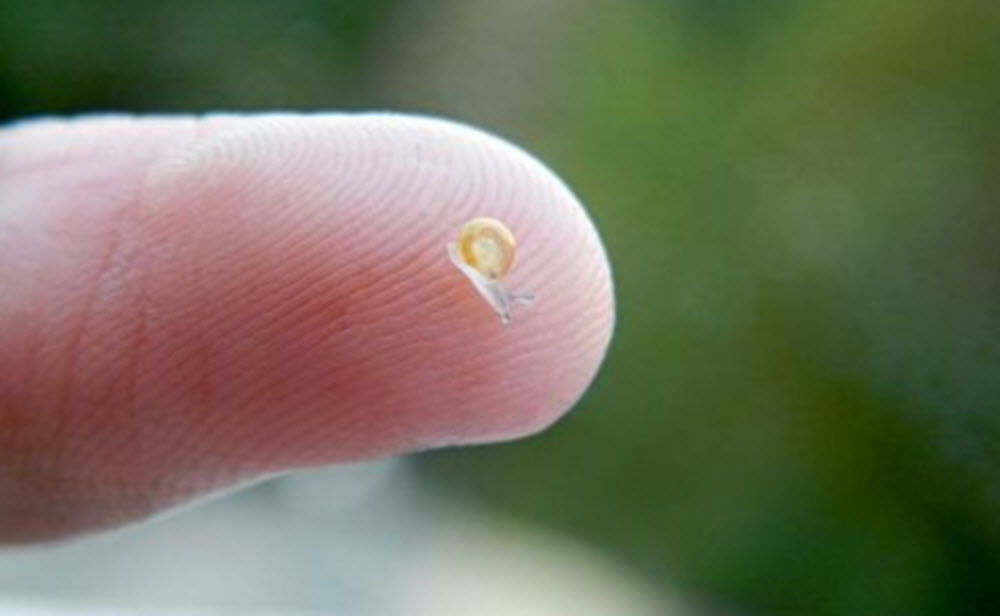 Where does Acmella nana live?

A. nana lives on limestone hills on the island Borneo, the geographic centre of Maritime Southeast Asia. The climate here is tropical.

The main specimen (holotype) used to scientifically described the species A. nana was collected from the Niah Caves in Sarawak, Malaysia, but specimens were also found in Sabah.

The Niah Caves are located on the northern edge of a limestone mountain, roughly 15 km from the South China Sea and 50 meters above sea level.

What does the Nana snail eat?

More research is required to find pinpoint the diet of A. nana, but the researchers who described the species have speculated that it might feed on films of bacteria and fungi that grow on wet limestone. We do know that a closely related species from the same genus, Acmella polita, who lives in the same area, eats films of bacteria and fungi growing on limestone walls inside caves.

Too little is known about this snail to determine its conservation status.

Comments Off on Acmella nana